Replacing the PTFE coupler on your Ultimaker 2 may look daunting at first but it's not as bad as it looks. We've tried to be somewhat verbose in the explanations which might make the whole process look complicated at first glance. Take it slow and be methodical and you'll be alright.

Special note for Ultimaker2+ owners: On the Ultimaker2+ the spring above the PTFE has been replaced with a static spacer. Because of this it is critical that the distance between the two metal plates is correct or you can run into problems. A little tool will be made available to measure this distance in the future. In the mean time you should know that the rigid spacer and the updated material in the coupler means it will last longer than the original so it is a good idea to check for other causes of your problems first.

The very first step you should do is remove any filament in the printer. The easiest way to do this is to perform a so called "Atomic". This will get rid of all the filament in the head so that it doesn't cause any issues for you during re-assembly. You can do the swap without this step but we would recommend you do it anyway.

Don't forget to turn off your printer and allow it to cool so that you don't burn yourself.

We like to start by putting a small piece of tape on the seam of the lower plastic part of the print head. This prevents the head from falling apart once all the screws are removed, it makes things easier. 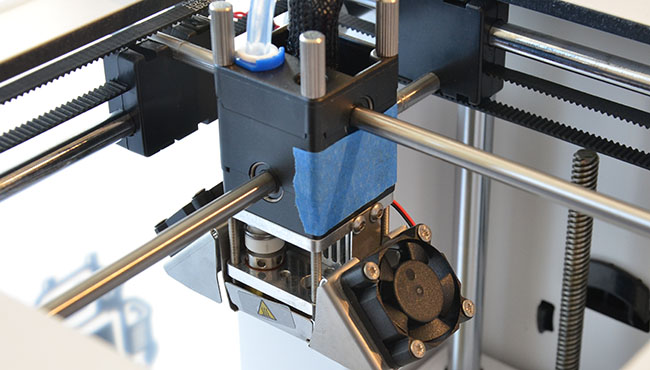 Next, remove the four screws that hold the fan shroud in place. There are two screws on each side. 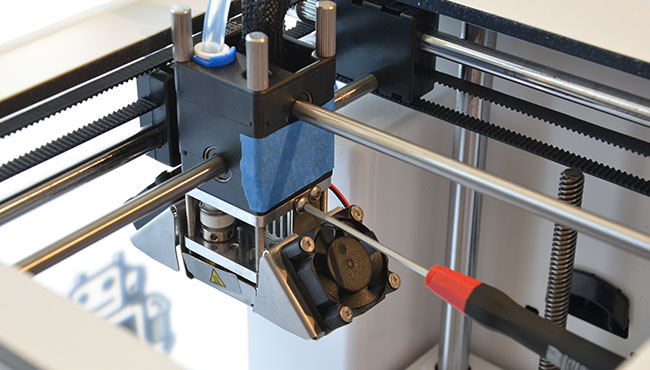 You can just let the fan shroud hang from the cables while you work. If you find it annoying, use another piece of tape and hang it up on the head. 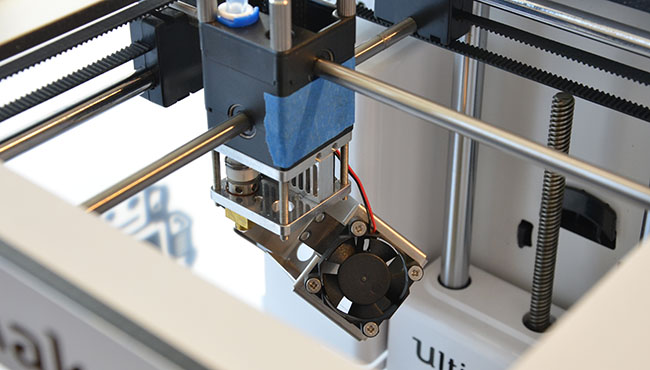 Now remove the four large thumbscrews that hold the print head together. 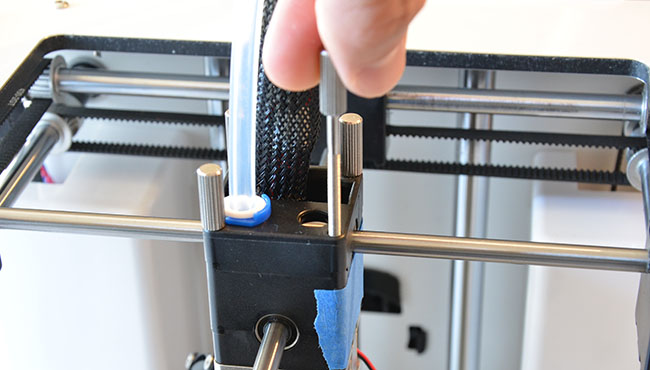 Once the screws are removed, the metallic parts of the print head will fall down and you'll get access to the last two screws of this procedure. 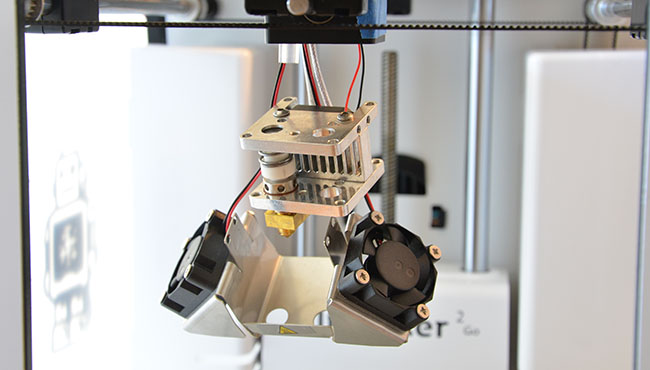 Before you start undoing these two screws you should get a firm grip and press the plates together (remember to let the printer cool down first!). The reason for this is that the spring between the plates will want to force them apart which will make it harder to remove the screws. The spring isn't very strong so it will not go flying once you release pressure. 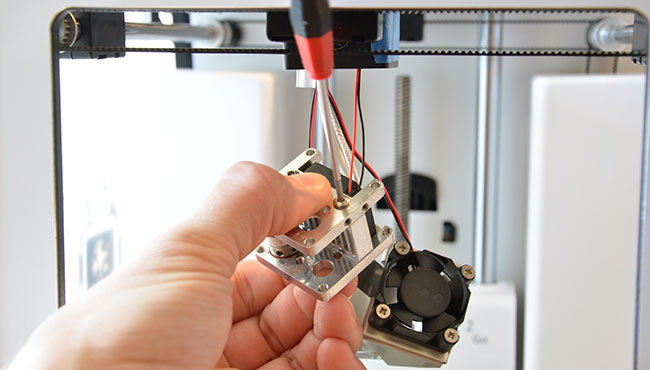 You now have access to the PTFE coupler. You should be able to just grab it and remove it. Sometimes it will be somewhat stuck in the head because it has expanded slightly over time. If this is the case just grab a pair of pliers to get a good solid grip and twist it out. 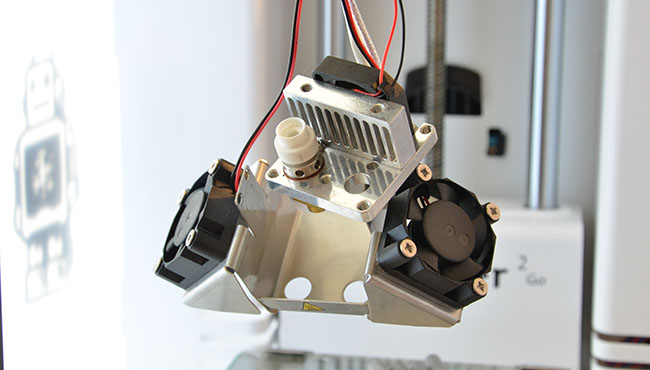 In this image you see the very top of the heater block+nozzle. Check it to make sure there isn't any left over plastic on the ridge. It is important that this ridge is clean so that the new PTFE coupler makes direct contact with the metal. If it doesn't, plastic can leak out between the coupler and the heaterblock which will cause clogs. 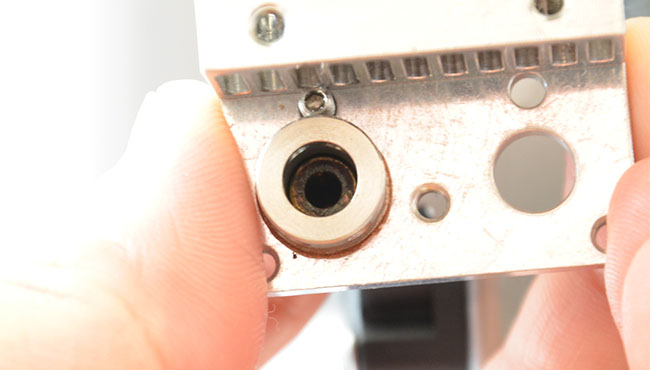 Left over plastic can easily be cleaned off using a q-tip. Heat the head up to printing temperature and then twist the q-tip in the hole to clean it out. You're not trying to clean the hole inside of the nozzle here, just the rim that the PTFE is in contact with. Watch out so that the hot parts aren't allowed to touch the fans, cables or your fingers as they will all melt. Allow the head to cool down again before proceeding. Make sure you don't leave any stray fibers from the q-tip behind in the nozzle, that could cause a clog to form later on. 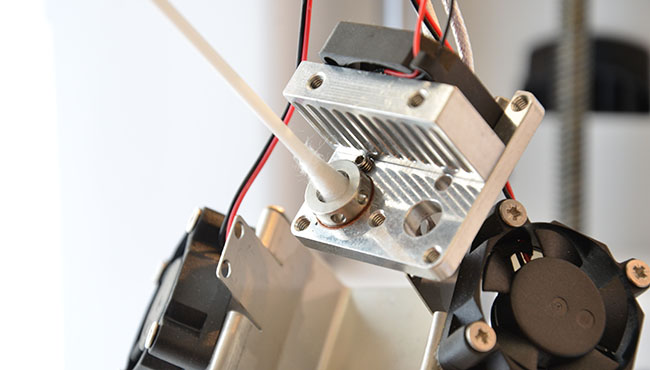 When putting in the new PTFE coupler, make sure that it is fully seated against the metal ridge mentioned in the previous steps.

Now reverse the steps above to re-assemble the head again. Before you screw in the assembly of the metallic parts again, you should move the bowden tube out of the way slightly. There's a good chance that it slipped down a little bit during disassembly. Remove the blue/red horse shoe clamp, put downward pressure on the white collet and pull the bowden tube upwards a little bit. The marks in the tube you see does not mean it's damaged. That's where the little metal teeth inside the collet has bitten into the tube to hold it in place. If you find that the collet is no longer able to grab onto the tube you can cut off a small bit of the tube (5mm should do it) to give it a fresh part of the tube to bite into. 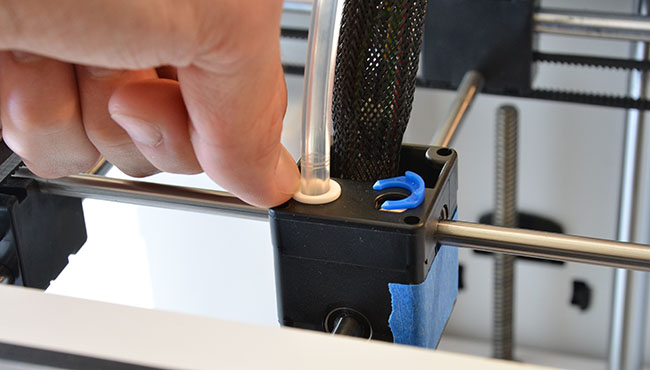 Once you have screwed the four big thumbscrews back in place (finger tight is plenty) you should push the bowden tube back down. Make sure it goes all the way into the newly installed PTFE coupler. Sometimes it can be a bit stubborn and get caught on the edge so make sure it actually goes into the coupler. Once it's all the way down, use your finger nail or a flat head screwdriver to pull the white collet upwards and finally give the bowden tube another push. Doing this makes sure that the bowden tube is held firmly in place and cannot move up and down. Don't forget to put the horse shoe clamp back on. If you try to move the tube up and down it shouldn't move more than a fraction of a mm. 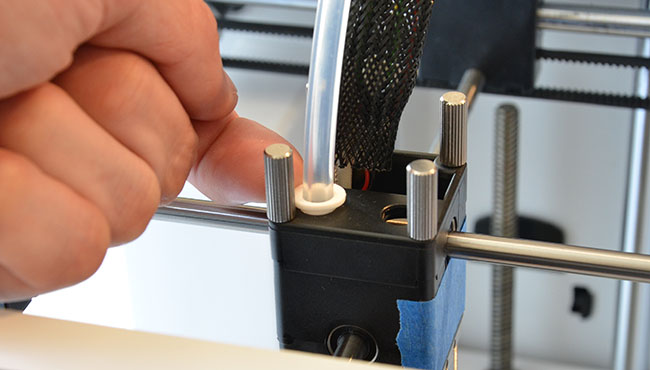 There should be a gap between the fattest portion of the PTFE coupler and the metal ring. Make sure the gap is at least 1mm. If you need to adjust the distance, you can turn the metal ring with holes in it. This will move the hotend up or down and move PTFE coupler accordingly at the same time. 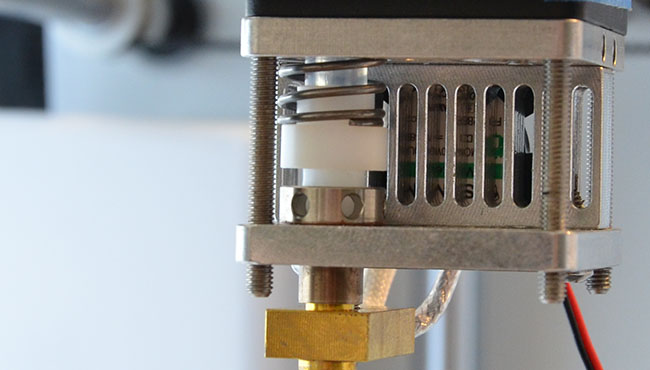 As a last step you will be putting the fan shroud back in place. One thing to look out for here is that the fan shroud isn't touching the nozzle. This will suck heat away from the nozzle which isn't good. There's plenty of wiggle room when the screws are loose to prevent this. 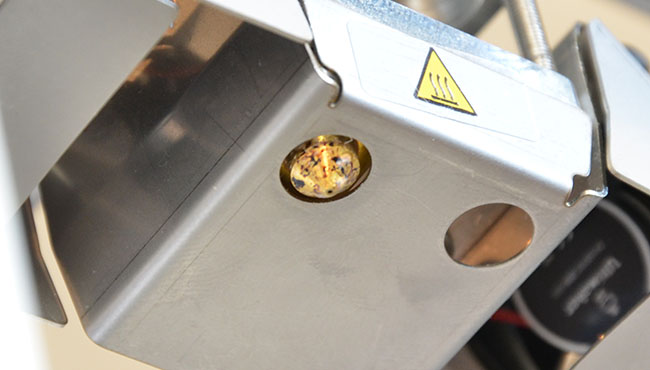 See, that wasn't so bad, was it? You're almost done, just one more thing to do. You should now re-level your bed as you will most certainly have moved the nozzle either up ordown a tiny amount. After this you should be good to go.